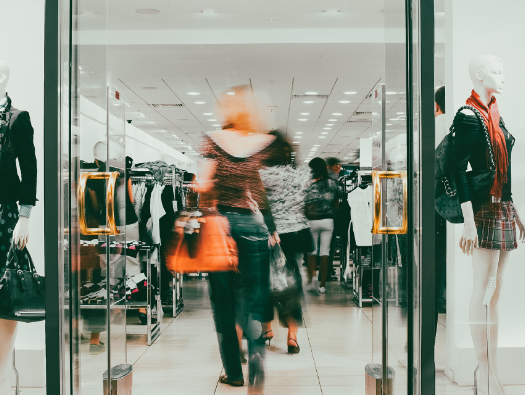 Identifying the best people counter in 2022 is somewhat of a challenge. There are a range of different people counters that claim to be the best solution - so do you know which one is the best for you?

Some years ago, in 2017, we struggled with this exact issue ourselves: to find people counters for various customers we worked with. We compared and analysed different technologies. The situation is completely different now, though. If you do a quick google search and compare the different technologies, you will find that all of them claim to be the best and to have the highest reliability.

In this article, we cover most things you need to know about people counters - A brief introduction to people counters in general and the 2022 top-rated ones in particular, and further, what you get once you have decided what to buy, including features, price and so on.

All data in this comparison is collected by an independent party. The information has been obtained from the seven leading suppliers in the world. The sample was based on the suppliers' net sales, number of people counters sold and number of customers. Send an e-mail to hello@indivd.com to obtain the complete report.

The most common type of people counter are equipped with 2D or 3D sensors to capture how many people come in and out of the store. In addition, the stores want to know what this means to their conversion rate. All suppliers offer hardware for data collection and an online software to extract insights.

The price differs significantly between the different suppliers. The average price is SEK 9,200 per people counter and year, while the price for Indivd - the least expensive on the market - is 59% below industry average. The most expensive people counter is about 4 times more expensive than Indivd's.

However, depending on your technology choice and your needs, the differences may be even greater. 3D sensors have a limited detection range and can end up being 3-5 times more expensive per space.

What you receive when you buy a people counter

There is a range of different people counters. The most common and those based on the latest technology are equipped with 2D or 3D sensors, but there are still some designed with IR, Bluetooth and manual clicks.

A common reason why stores and sites use people counters is to know how many people come in and out of their stores. They then try to use that data to work out their conversion rate.

All suppliers address the issue of accuracy, which is important when it comes to data collection. Data reliability is particularly critical if the data is forms the base for decision making and business strategies.

On the other hand, accuracy and reliability are two completely different measures and many people counters provide good accuracy but poor reliability. We will address this in further detail in a future article. Please send an e-mail to hello@indivd.com if you wish to obtain the article prior to being published.

How much does a people counter cost?

The average price is SEK 9,200 per people counter and year. Indivd offers the industry's lowest price, which is 59 percent below the industry average.

However, depending on your technology choice and your needs, the differences may be even greater. Some techniques have certain limitations, meaning they may end up being 3-5 times more expensive per premises. We explain this in more detail below.

What's included in the price?

Generally speaking, there is not a huge difference between the different suppliers. All include a hardware sensor for data collection and an online software though which the insights are provided.

Depending on the hardware you choose, the cost to fit out your store/mall can be 3-5 times higher, due to the different detection range.

The detection range is largely determined by a measure called Field of View (FoV). Simply put, FoV is how wide and far a people counter can detect and count people. In this context, 3D sensors have a larger reach, or larger FoV.

3D sensors are mounted on an angle in the ceiling and only measure down to the floor, which usually is a reach of 3-5 meters. 2D sensors, however, have a 30-45-degree angle, which is more optimal for people counting as they have a 3 - 5 times larger detection range.

This means some suppliers' hardware costs can actually be up to five times higher than planned.

What does it cost to install and operate people counters?

The installation, operation and training costs vary significantly between suppliers.  Some suppliers include the costs in their hard- or software price, while others charge separate service fees.

Be aware if any lock-in contracts

The lock-in term can vary between suppliers. Most of them have a 12 month lock-in period while others have no lock-in at all. The risk with a lock-in period is that you become just that - locked-in with a supplier that you may not be satisfied with.

The quality varies to

A benchmarking study of the various technologies is under way. Please send an e-mail to hello@indivd.com if you wish to get a copy of the study when it's released. Our IT security - The foundation for safe people counting
Indivd's people counter is based on Data Protection by Design comes with high integrity, availability, persistence, confidentiality, and continuous testing